Here at The Barbershop, we are more than just a great place to get your hair cut. You can sit back and imbibe specialty cocktails and purest two-fingered drinks while you get a proper haircut from an expert barber. Hearkening back to the days of old our facility conjures the classic images of the prohibition era, high-end hairstyles from individuals who made careers as barbers, and of course the best drinks to enjoy while it all happens. That said, we are excited to announce that…We recently got a new master barber.

So we sat down with Nick Karel for a little Master Barber Q&A. 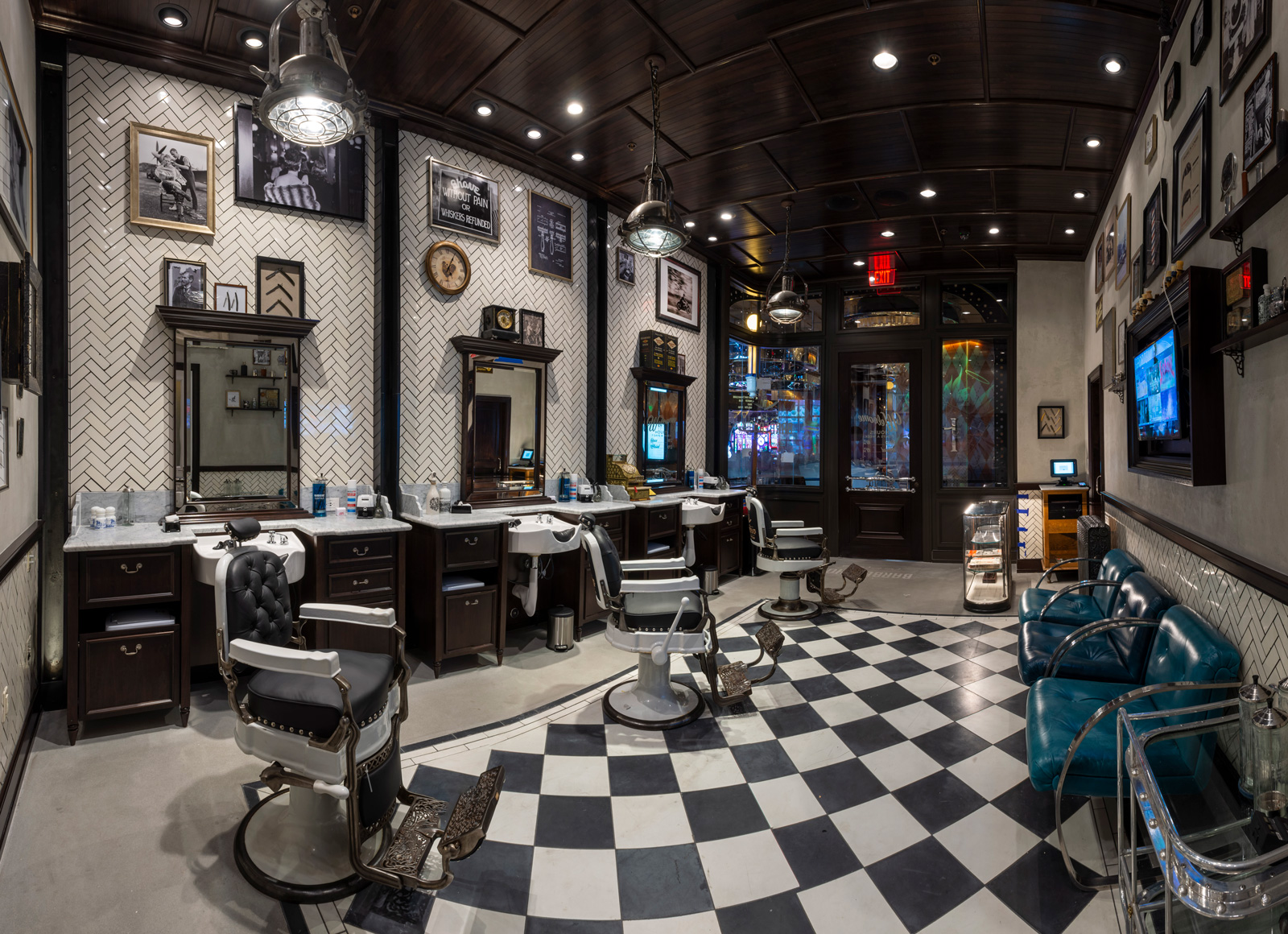 Here’s what we learned about our New Master Barber:

Nick has been cutting hair since he was a child. Something to be enjoyed regularly and shared with friends and family, he became a licensed barber in Las Vegas about five years ago. He studied at Masterpiece Barber College, and since that time has focused heavily on improving his skill set time and time again.

This love of industry was sparked early on. He grew up cutting his brother’s hair and realized that he not only enjoyed it but wanted to pursue a future in it.

As is typical with many experienced hands, Nick knew he had a passion for cutting hair, but it wasn’t until his Barber told him that he had a talent for it that he decided to go to school for his official licensing so that he could continue to apply his skills in such a way as to bring about the best satisfaction from the broadest number of clients.

Nick has learned quite a bit from the leaders who came before him. His instructor in Barber College always told him never to be a lazy barber, and that piece of advice has been the most powerful lesson learned.

The best part about Nick’s inherent talent is that as long as he has a pair of clippers, shears, and a comb he can cut hair anywhere but he chooses to cut here at the barbershop. When you step in for your reservation, he will recommend certain types of styles based on your facial profile so you never have to worry about a lousy recommendation nor do you have to worry that Nick will happily give you a unique style that doesn’t quite fit your face even if you ask for it. And when you do ask for special cuts, he loves a challenge. There is no such thing as a hard haircut for him.

And what makes him different from everyone else?

He is a shave artist, not just a barber. You will walk away feeling like a rare Van Gogh when you leave the Barbershop, conveniently located in the Cosmopolitan Hotel on the Las Vegas Strip.

So now when you book your next appointment for a sip and a shave, you will know that you are in good hands.