What’s Behind the Secret Door of a Great Las Vegas Speakeasy?

Secrets are one of life’s greatest treasures. There’s nothing better than the sense of intimacy that comes with being privy to a juicy secret. In a time when everyone’s sharing every detail of their life through social media, a little mystery is a refreshing return to the past.

In fact, you could even say that our need for an escape from the constant noise and mental clutter of every day life has sparked a renewed longing for days when a little mystery had its own special type of allure.

Enter the revival of the speakeasy. Speakeasies are a throwback to the Prohibition Era, when coming across the entrance to one of these hidden gems was like a portal to another world. During a time when alcohol was prohibited in the United States, speakeasies offered an opportunity for patrons to socialize, relax and enjoy the finer things in life – like a nice stiff drink.

While the Prohibition Era has long passed, the spirit of the speakeasy lives on. The modern version of the speakeasy looks a little different than its predecessor but you can be sure that in the best speakeasies, nothing has been lost in the transformation.

The Hush-Hush History of the Speakeasy

In 1919, the ratification of the 18th amendment of the United States Constitution banned the manufacture, sale and transportation of all things boozy. This meant that being in possession of any beverage containing more than 5% alcohol was suddenly an arrest worthy offense.

While intoxicating spirits were officially off the table, there wasn’t anything that was going to stop cocktail loving adults from enjoying the warm fuzzy feeling of a nice buzz.

It didn’t take long for the underground parlor scene to bloom. Small, hidden “bars” began popping up in cities both large and small. They became known as speakeasies, and it’s estimated that there were tens of thousands, if not more, speakeasies across the Untied States. It’s suggested that the number of speakeasies more than double the number of legal bars that existed before Prohibition.

Since the sale of alcohol was prohibited, anyone that was caught in one of these establishments faced serious consequences. Therefore, speakeasies were often located in small, hidden spots with secret passwords and entryways. At the time, the speakeasy brought people from all walks of life together for a little debauchery and a high-spirited good time. 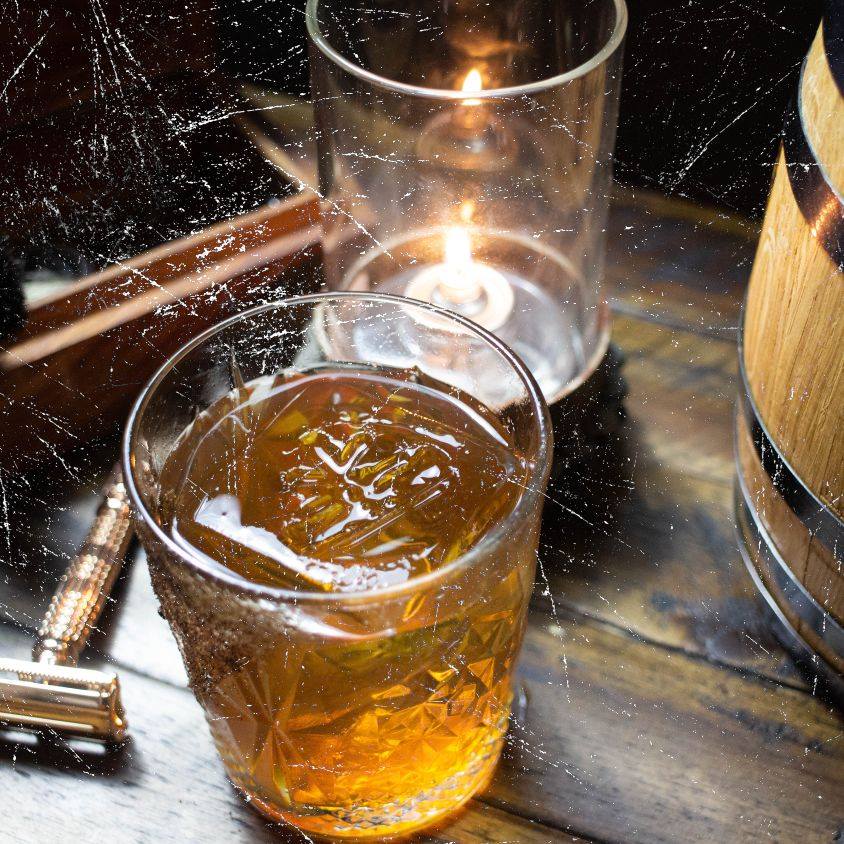 The Makings of a Great Las Vegas Speakeasy

When you start talking about the quest to find the greatest speakeasy in the nation, the conversation naturally turns to Las Vegas. Even though everything about the strip is designed to grab your attention, some of the best times can had in a clandestine Las Vegas speakeasy.

The main allure of the Las Vegas speakeasy is that it’s not like every other whisky bar on the strip.

When you step through the hidden doorway of a speakeasy, you should expect a complete experience – not just flashing lights or dirt-cheap drink specials. A great speakeasy lures you in and wins you over with its charisma.

Today’s speakeasy often has a classy, retro atmosphere that has been infused with a modern touch. It’s sophisticated but a little rough around the edges and has something truly unique to offer its patrons.

When you walk into a Las Vegas speakeasy, you can be sure that quality spirits are high on the list. Back in the days of Prohibition, speakeasy patrons pretty much took what they could get – which was usually some bootlegged booze that had a razor-sharp bite.

Many of the iconic Prohibition Era cocktails – like an Old Fashioned, Gin Rickey or even the classic Highball – were born from a need to make bootlegged spirits more palatable.  As we bow in thanks to fine the whisky purveyors of the world, we can safely say that this is no longer an issue. Today’s speakeasy is fused with whisky culture, and you’ll find that the pairing is a perfect compliment.

While you might have an idea of what a modern speakeasy should be, the question remains of where you’re going to find it. It’s time for you to be introduce to the Barbershop. 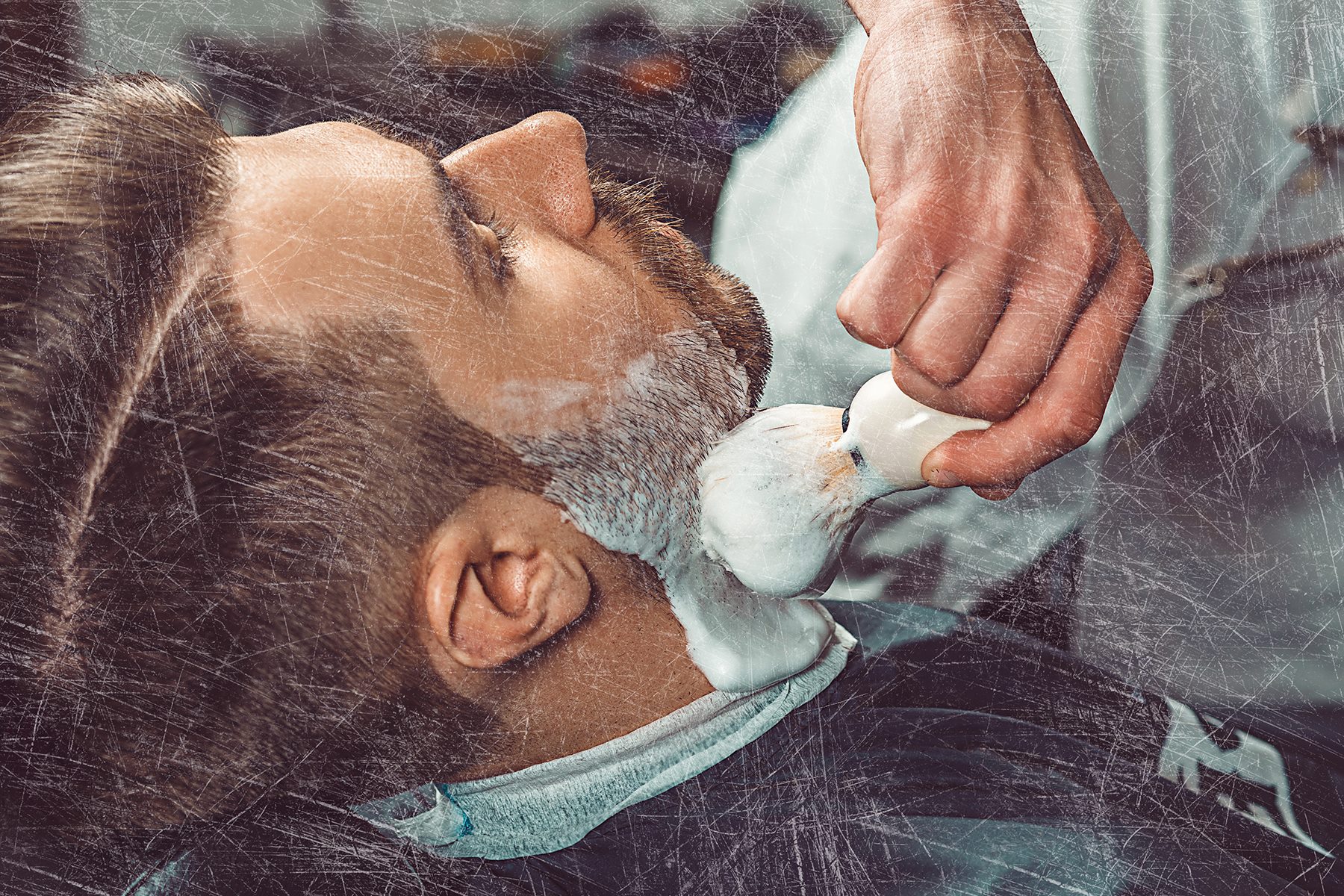 How the Barbershop Sets the Bar as a Las Vegas Speakeasy

What is it about the Barbershop that makes it “the” Las Vegas speakeasy? Well, we could start with the concept that fuses a speakeasy style bar with whiskey culture and men’s grooming. There is something undeniably sophisticated, yet edgy about the vibe at the Barbershop.

Located in the Cosmopolitan of Las Vegas, the Barbershop offers an authentic speakeasy experience in one of the most iconic locations in Vegas. As guests flow in and out of the luxury resort on the strip, a whole other world with its own culture is taking place behind the unassuming janitorial door that leads to the Barbershop.

While the Barbershop Cuts & Cocktails takes on the challenge of transforming men into gentlemen with their high-end grooming services, the Barbershop is where everyone can come and enjoy a smooth aged whisky, shooter or spiked juice from a drink menu that never ends.

With an atmosphere that’s a little bit swanky, a touch rebellious and always inviting, the Barbershop is the only place you’ll want to be. Are you ready to discover for yourself what makes a great speakeasy? Stop by the Barbershop, or give us a shout and if you know the password, we may even let you in.